Accessing African cinema is easy,
we can help you.

On its own, a festival isn’t enough to bring an entire continent’s cinema to the public here in Europe and abroad. For this reason, in 2006 our association created Cinenómada, in addition to FCAT. This initiative promotes the spread of African cinema with exhibitions, programs, and screenings,  through collaborations organized by public and private associations in both Spain and Latin America.

All titles are in their original version with Spanish subtitles.

Each year, our collection of Filmic Archives grows by approximately 950 titles, courtesy of the Tarifa African Cinema Festival (FCAT). Thanks to this collection, it is now easy to access African cinema in Spanish. On top of its role as an archive collection, Cinenómada also guarantees an annual stream of revenue to African filmmakers. Furthermore, it provides different perspectives on diverse African realities, through the viewpoint of the filmmakers from these societies.

Thematic packs have been designed with filmmaking and producing organisations in mind, allowing them to save time and earn money. We offer thirteen packs on different subjects, including those from previous Tarifa African Cinema Festival

Choose a thematic pack, which includes several titles at a fixed price…

All packs offer a 13% discount on regular Cinenómada prices. We hope that this discount makes it easier for you to access and include African cinema into your activities. For more information, please send us an email to cinenomada@fcat.es

Many African women are now taking the camera, often choosing the documentary genre, to tell stories that shed light on the historical, social and cultural realities that surround them and often through a very intimate relationship with their characters. This is the case, taken to the extreme, of Rosine Mbakam in her portrait of Delphine, a character-reflection of the filmmaker herself in her migratory history and of so many African women today, who overflows the narrow frame she is given in an explosion of diverse emotions. In search of her roots, Lina Soualem paints an endearing portrait of her grandparents, Algerian immigrants who settled in France more than 60 years ago, and through their personal history, delves into the question of exile, the history of Algeria and the history of immigration to France. South African Nicole Schafer, for her part, takes us into the world of a Buddhist school in Malawi. Through her protagonist, Enock, a student at this school, the filmmaker analyzes a phenomenon that affects the entire continent: the growing influence of China in Africa and the force of Chinese cultural power on the identity of young people.

It is often in resistance that the struggle of women in Africa lies. Humble heroines, they stand firm and hold their heads high when oppression touches their rights and their deepest dignity. When suffering becomes unbearable, they defend their rights and those of their communities. In the middle of the Algerian desert, Malika, 74 years old, writes history. Her café is a refuge for the truck drivers who travel the desert road every day and stop to eat and chat with her. Malika’s presence is a reassuring permanence, a form of resistance to the passage of time, a mirage of eternity. Mantoa, the 80-year-old widow protagonist of This Is Not a Burial, It’s a Resurrection, becomes the symbol of her community’s resistance to the threat of forced resettlement, a legend that will remain for eternity. Cause of Death is a manifesto of resistance against gender violence, through archival images, animation and an off-key poem.

In the 2010s, young people in several African countries rebelled against the established order, gerontocracies, democracies and corrupt power. In parallel, a new generation of political activists committed to change towards democracy and equality has emerged. Boniface “Softie” Mwangui has been fighting injustice in Kenya for years, but decides to go one step further and run as the candidate for social change in the regional elections. Ghofrane is a 25-year-old black woman who embodies the current Tunisian political effervescence. She is launching an electoral campaign with the will to defend the rights of women and the black community in Tunisia. Mrs. F. wants to empower the women of Makoko, a shanty town on the water in Lagos, to free themselves from the oppression of patriarchy through a theatrical project.

JIHADISM: THE EVIL OF THE CENTURY?

Jihadism and terrorist acts committed by the followers of radical Islam in the West are at the center of European political and media debates. However, little is heard of the terror they are showing in many African territories. The psychological thriller Abou Leïla revisits the 1990s in Algeria, marked by terrorism, and probes the human psyche ravaged by such violence. The two antagonistic conceptions of Islam described in Baamum Nafi are embodied by two brothers, Tierno, a tolerant imam, and Ousmane who, out of political ambition, shows a very rigorous practice of Islam and illustrates the struggle between tradition and fanaticism, between humanism and corruption. Finally, Meriem Joobeur’s short film questions the way in which parents live the radicalization of their children and the possibilities that a radicalized person has or does not have to reintegrate a “normal” life.

Children are perpetually subjected to external pressures, that of adults who decide for them, that of the socio-political realities that surround them, that of the traditions of the community to which they belong, etc… However, the richness of their inner world and their power of imagination are for them a great force of resistance. In You Will Die at 20, Muzamil will end up rebelling against a belief that has conditioned his entire childhood. Notre Dame du Nil illustrates how a group of Rwandan teenage girls in an isolated microcosm react to the barbarities of a nascent racial conflict. Al-Sit poetically evokes the issue of arranged marriages; Da Yie condemns child trafficking; and Le Départ addresses the issue of immigration as experienced by an 11-year-old boy, uprootedness and the end of childhood.

Immigration is one of the phenomena most widely covered in the media today, in a period of tightening migration policies, linked to the rise of nationalism in Europe. The number of people dying while trying to reach the European continent is increasingly worrying and intolerable. However, what is rarely published in the media is a real reflection on the reasons that push these people to leave their lands and the enormous responsibility that Western countries have in this. Nor is there much talk about the conditions in which these people live in Europe, or about internal migration to the continent. In this selection, the filmmakers question this.

Picking up a camera for most African filmmakers is not only an artistic and creative act. It is often imposed as a necessity and a weapon to denounce injustice, to give voice and restore dignity to invisible humans whose rights have been violated and who fight to recover them. This is the case of the Congolese Dieudo Hamadi who follows in En route pour le milliard the epic journey of a group of war mutilated people who travel from their hometown to the capital to claim their compensation. Makongo films two young Pygmies who undertake, with the few resources they have, a literacy project for the children of local villages. Talking about Trees illustrates another struggle: that of filmmakers who were censored during years of dictatorship in Sudan to be able to return to their filmmaking activities and organize a screening in an open-air cinema.

The demands of the LGTBI community are becoming more and more visible in African cinemas, as a necessity to give voice to a minority still rejected and persecuted in most countries of the neighboring continent. Moffie delves into a very dark world, that of the South African army in times of Apartheid, where homosexuality was obviously an absolute taboo. Rafiki illustrates an impossible love story between two young Kenyan women, daughters of two politicians from opposing sides. Baltringue is a story of coming out of the closet in the prison world and a struggle against one’s own cultural principles.

In 2018, Ventana |Janela AAA, a permanent Network of Film Festivals of the Euroregion Andalusia, Algarve, Alentejo, was created with the aim of promoting African cinemas in this region. This year, the network produced a selection of eight of the best African and Diaspora short films, produced in the last two years. The two programs are available on the Cinenómada circuit for any interested entity.

There are more and more Spanish films focusing on Equatorial Guinea and FCAT can only welcome this growing interest. On the one hand, because it is urgent to shed light on an almost forgotten historical episode – Spain’s colonialist past in sub-Saharan Africa – and, on the other hand, because it deals with an almost ignored contemporary reality – the abandonment and isolation of a society under the wake of one of the world’s longest and harshest dictatorships. In this selection, three films reveal the political realities of Equatorial Guinea, as well as social, historical, cultural and artistic realities so unknown in Spain. The writer of a country without bookstores offers a portrait of Juan Tomás de Ávila Laurel, one of the most critical and least invisible voices against the Obiang dictatorship. Manoliño Nguema illustrates the life of actor, circus performer and writer Marcelo Ndong and at the same time a positive immigration story. In Un día vi a 10.000 elefantes Angono Mba, a Guinean octogenarian, recalls from the living room of his house the expedition in which he acted as a porter for the Madrid filmmaker Manuel Hernández Sanjuán, between 1944 and 1946.

Cinenomada offers a huge range of customised thematic selections to specialised organisations, such as film libraries or other interested cultural organisations. These selections can be wholly or partially customised. 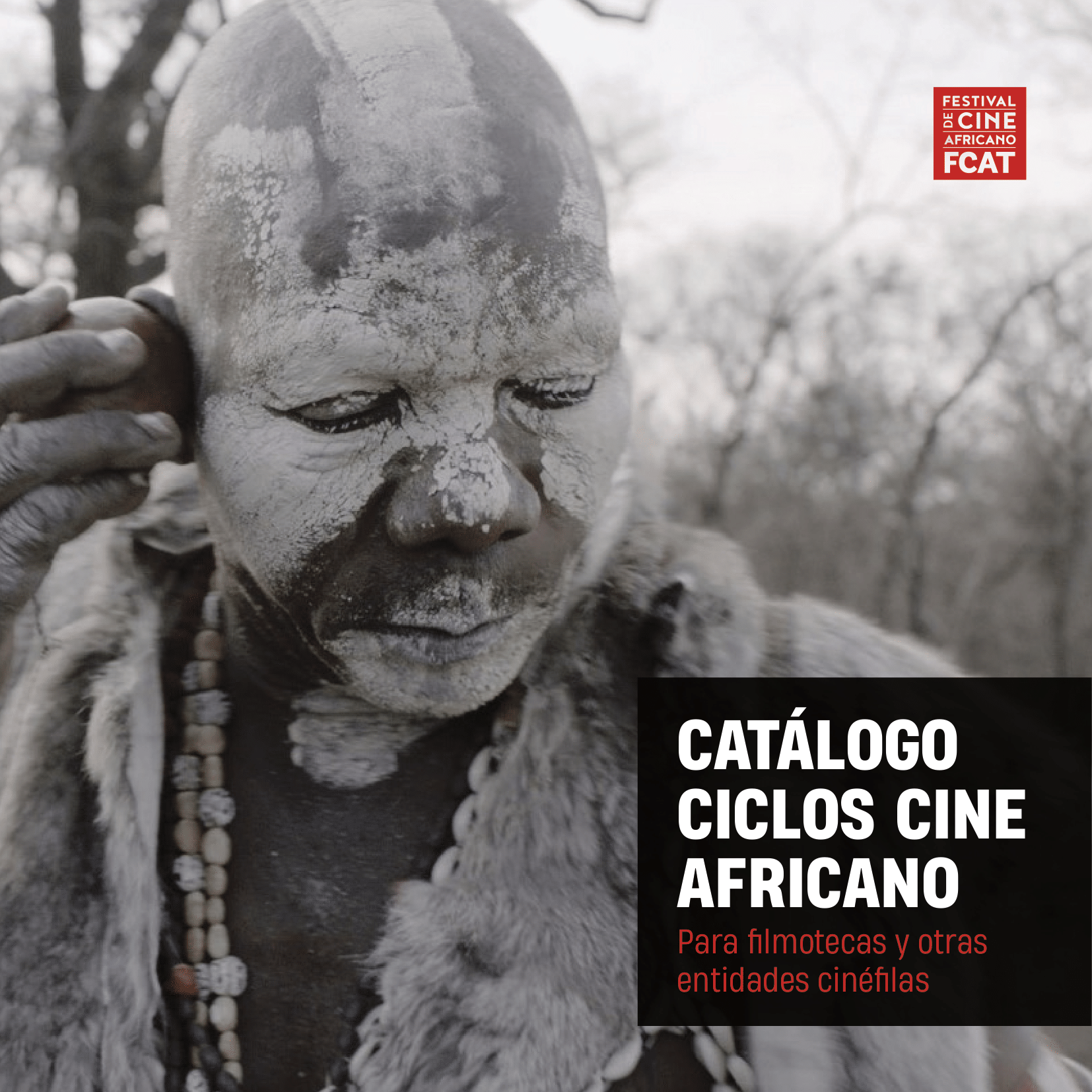 Films are priced according to their length (feature length, medium length, documentary or short film). Films available for Cinenomada are identified on the data sheet in our Film Resources section, where you can also find prices.

Did you find apk for android? You can find new Free Android Games and apps.